In March, eager for more snowy mountains, we set off for the Dolomites. Misurina was looking breathtaking under its mantle of snow with its icy mountains crowding in beyond the frozen Lago. Under moody skies or fair weather cloud, it never fails to enchant.

Waking to clear blue skies, I just had to head up to Cinque Torri with its spectacular panoramic views. 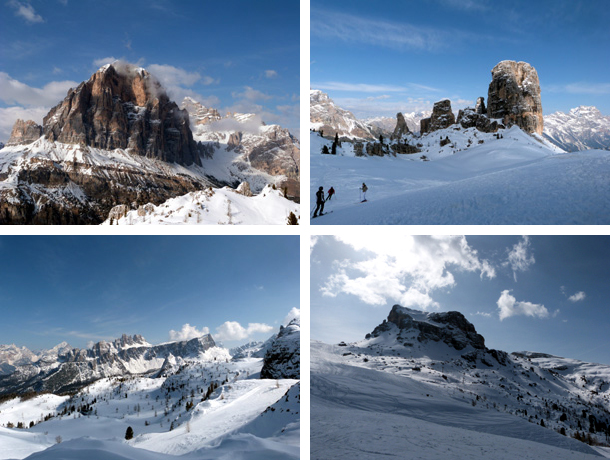 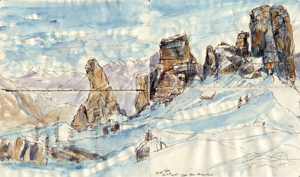 And so they are - a glorious description indeed - and when those rocks are covered in snow they are simply magical. Drawing in the mountains that I love is essential to my practice as an artist. Here in this dazzling light I made my first watercolour of the trip. 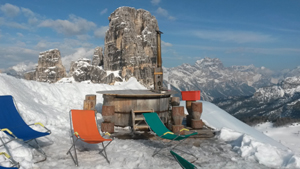 By the way, isn't this just the best hot tub in the world?
A fortnight of delight followed, walking and drawing in some of my favourite mountains - the forbidding bulk of Sorapis, new perspectives on the distinctive Cadini di Misurina, a fantastic new viewpoint at Prato di Piazza only accessible by jeep (or skis) at this time of year - one to return to for its views of Cristallo and Croda Rosa. 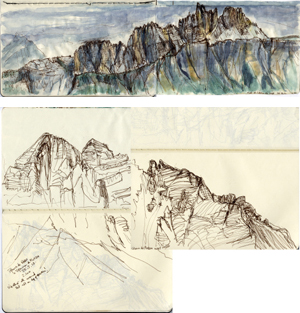 I think they capture something of the spirit of the place in its winter glory. 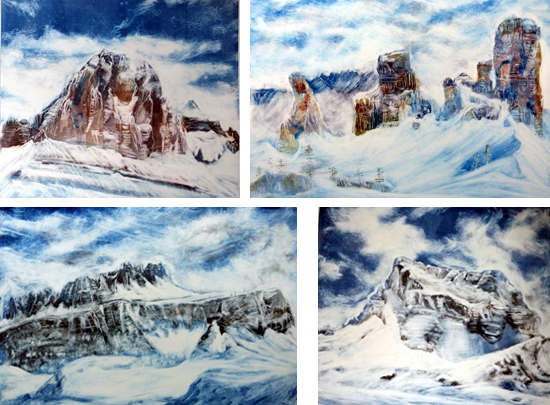 Several of them are currently on display in the The Biscuit Factory Winter Show, , until the end of February 2016. Still time to catch them!
﻿
Posted by Susan Dobson at 06:13 No comments:

February already, a year on, and high time I brought you up to date with the highlights of 2015!

I had my wish to find snowy mountains in magnificently granted during a wonderful day on Cairngorm in February. Clear blue skies, lots of sparkling snow, gleaming ice and sunshine. 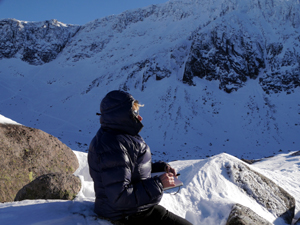 The wind was so high that it made drawing the Fiacaill Ridge quite a challenge, and blew the dog’s coat off her back! It was found by climbing friends a day or two later wrapped round the first aid post in Coire an t- sneachda. Velcro is a wonderful thing!

As Nan Shepherd observed in The Living Mountain (1977), '...as I penetrate more deeply into the mountain's life, I penetrate also into my own. For an hour I am beyond desire....I am not out of myself, but in myself. I am.'

After the dazzling light of Aviemore, we headed to Sutherland and I found myself in the softer, moodier light of the West coast.

Here low cloud made for some beautifully atmospheric views but limited drawing opportunities. 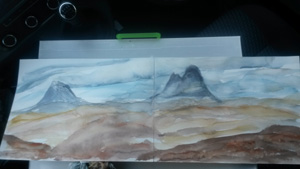 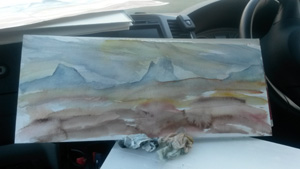 After fortifying ourselves at the brilliant pie shop in Lochinver, I got to work making a couple of watercolours of the distinctive Assynt mountains Canisp, Suilven and Cul Mor from a nearby viewpoint. 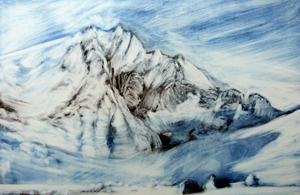 Later in the month, I spent time immersed in memories of the snow in , making monotypes at Northern Print.


This is one of the Fiacaill Ridge. Currently on show at The Biscuit Factory, until the end of February 2016. 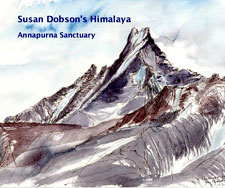 Susan's new book vailable now from Blurb
"Susan’s striking and atmospheric images draw you into moor and mountain landscapes, evoking memories of ever changing weather and light and familiar feelings of place."